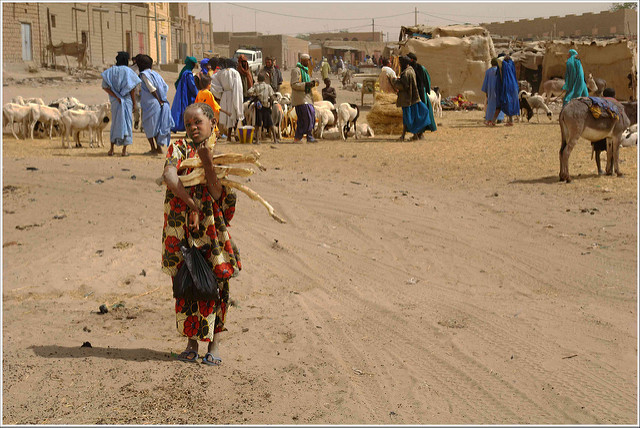 In the XVth and XVIth centuries it was the capital of gold and trade of the Songhai Empire. Its geographical situation, in the junction between the great waterway, which drained the richness’s of the south, and the caravans which crossed the desert coming from the Arab world, made Timbuktu the link between black Africa and white Africa.

The sub-saharian African specificity was enriched by the relationship with the touareg,arab-berbers, Europeans,moslems and Jews.

The mosque of sankoré: of the same dimensions as kaaba.