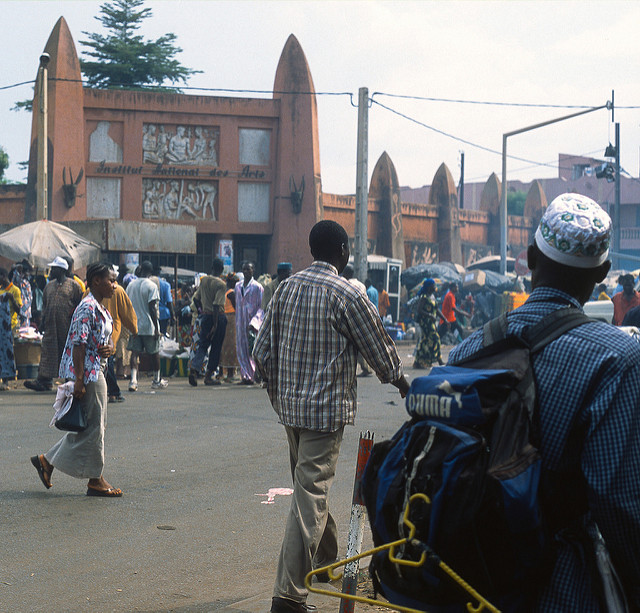 The charming city which is reflected in the light of Djoliba, framed by foliage of acacia albida and of cailcedrat, was in the beginning a village of 600 inhabitants.

The city was likely founded in the XVIth century.

Bamako the (river with caimans in bambara language) is located in the center of the soudanian zone and the Sahelian zone, cosmopolitan city with a population composed by Bambara, Fulani, Malinke and Soninke, it spreads on 263 km2 with 1 016 296 inhabitants. 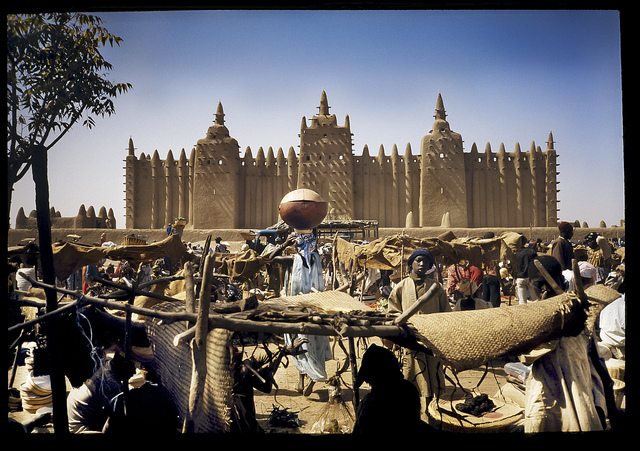 At 130 km of Mopti, is located on a small plate at the center of one of the loops of the Niger River. With its ramparts, Djenné is a strengthened, closed and compact city. The mosque which dominates the city is one of the most famous clay mosques in occidental Africa. Its three large towers emerging above the city can be located from far away and can serve as direction point.

Djenné’ s Unesco World Heritage-listed old town, which sits on an island in the Bani River, is one of the West Africa’s oldest towns. Its incomparable mosque- the largest mud-built structure in the world. 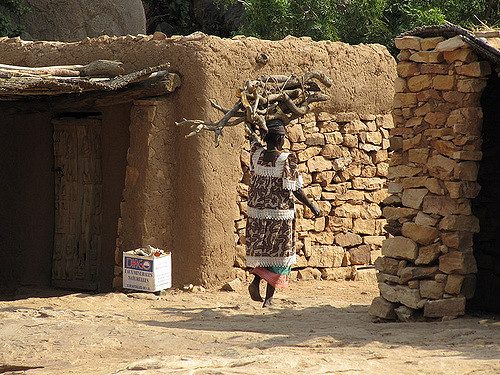 Mali ‘s Dogon country (Pays Dogon) is a world apart . Partly its appeal lies in the Dogon landscape and architecture: here, unique houses and granaries cling to the massive escarpment known as the Falaise  de Bandiagara, which extends some 150 km to the east of Mopti and is 500 m high around Tireli and Ireli. But more than this, a journey through Dogon Country takes you through  a fascinating animist culture with traditions and cosmology as complex and elaborate as any in Africa.

The best way to see Dogon Country: is on foot and in the company of a Dogon guide, and anything from one-day to three-week treks are possible.

The best time to trek is from November to march. Each Dogon village has its own special appeal and the following snapshots ( from southwest to northeast). During the rainy season (June to August), the Dogon Country is wonderfully  green , with waterfalls off  the escarpment.

In the XVth and XVIth centuries it was the capital of gold and trade of the Songhai Empire. Its geographical situation, in the junction between the great waterway, which drained the richness’s of the south, and the caravans which crossed the desert coming from the Arab world, made Timbuktu the link between black Africa and white Africa.

The sub-saharian African specificity was enriched by the relationship with the touareg,arab-berbers, Europeans,moslems and Jews.

The mosque of sankoré: of the same dimensions as kaaba. 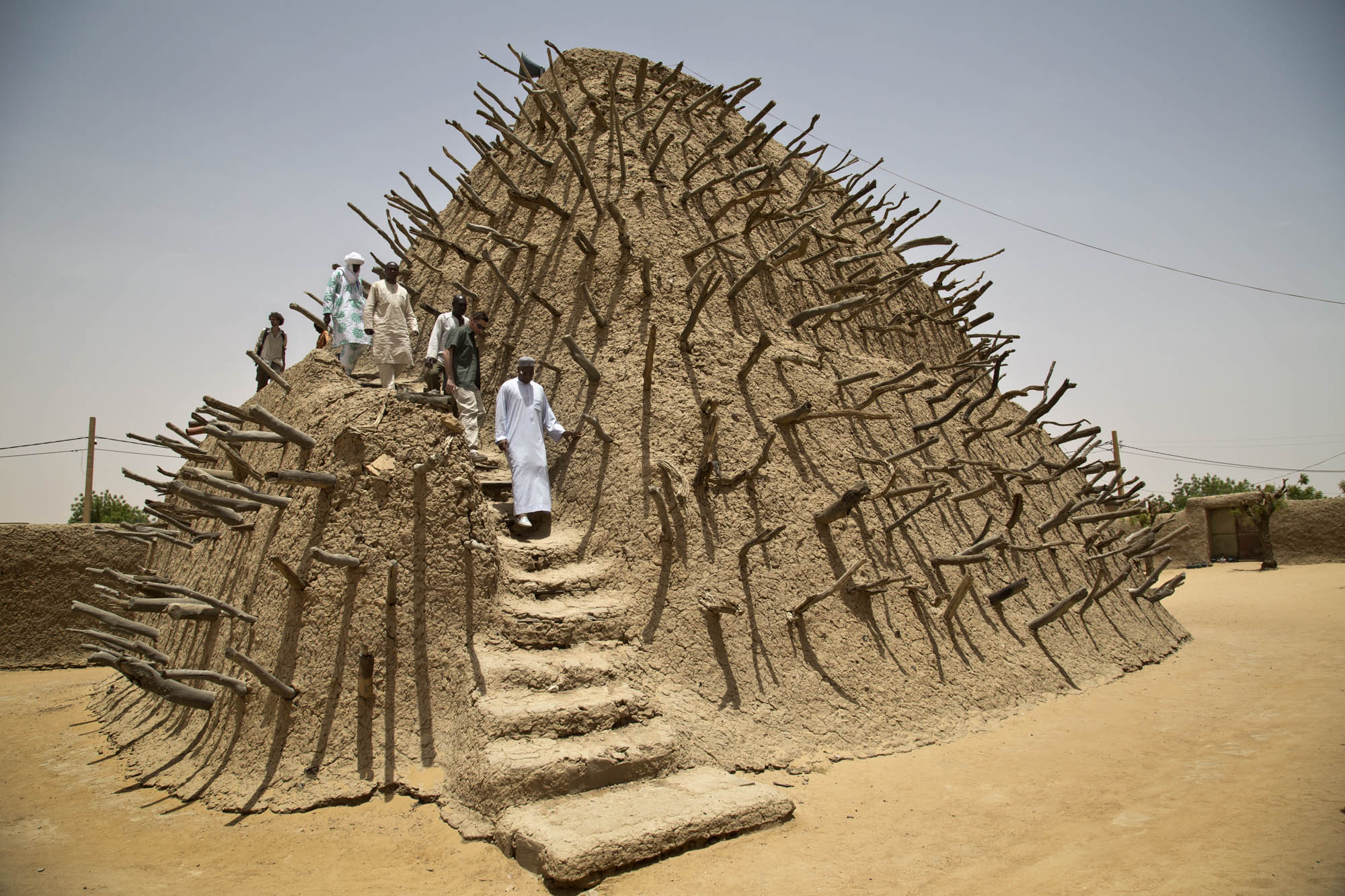 The tomb of askia built in 1495 by askia Mohamed; it shelters the body of 10 imams the building is characterized today by its sudano-sahelian style.

The archeological site of saneye located at 6 km from today’s gao,in the old city , the site of saneye contains many funerary stels of the XIIth century.

Dance of initiation: the holey it is an initiation dance of the possessed a specific sonrhais sect   etc… 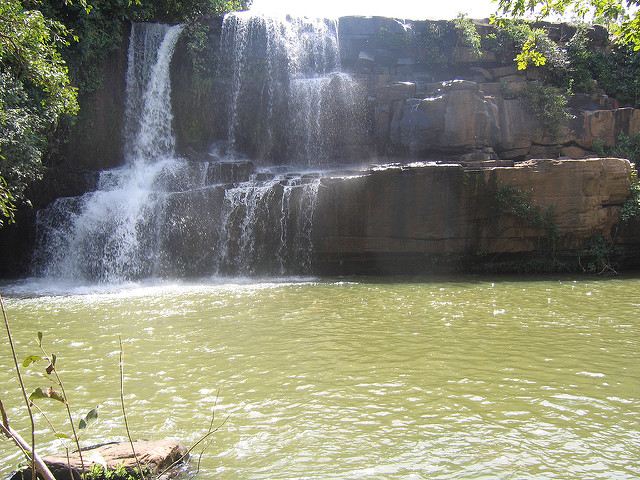 The Capital of the Kénédougou was the fighting stronghold against the colonizers. It is bordered by Burkina Faso, the Ivory Coast and the Republic of Guinea.

As an ethnic intermixing city, its population mainly includes Senoufo, Minianka and Dioula.

If the first two are highly skilled farmers and the third ones are skillful traders, all of them did everything for the prosperity of Kénédougou.

12 km South of Sikasso, close to the small village of missikoro, a cave has the shape of a vast stone room: the mosque of the Djinns, whose prints are still visible in the rock. The fame of the marabout from Missirikoro crossed the borders.

The knoll: it’s a hill located in the centre of the town a sacred place where a protective genius of the village used to live.

The tomb of tièba: King of kenedougou, who built the tata it, is visible in the keletiguila area.    Caves of Missirikoro: at 12 km of sikasso, place of syncretic worship and meditation.

The tata: impressive wall which surrounded the city.

Cascade of koniko at 15 km of sikasso: an impressive sight especially in august.

The tea farm of farako shelters the plantation and the tea 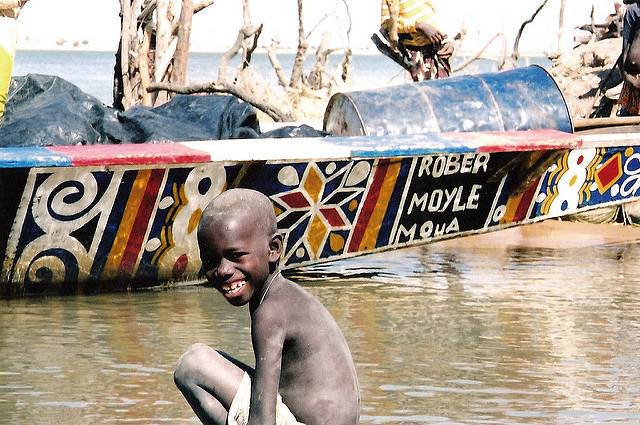 The Niger is a godsend which is in the center of the human activities. The permanence of the stretches of smooth water and the richness of the ecosystem offer an animal and vegetal diversity of species.

Its flooded plains are filled by bourgou (watery grass used as fodder). The migratory birds find refuge in the ponds of small islands.

It is the starting point of many touristic tours. One always finds in this cosmopolitan city the traces of the past.

The big market: with its plenty colors.

The art gallery for your souvenirs.

Traditional Bella, Fulani districts with the soudanese architectural style, the manufacturing of the clay earthenware jars at the pottery of the mosque district: you will be able to personalize your gifts.